Was Judge Swandal a Casualty of Cronyism? 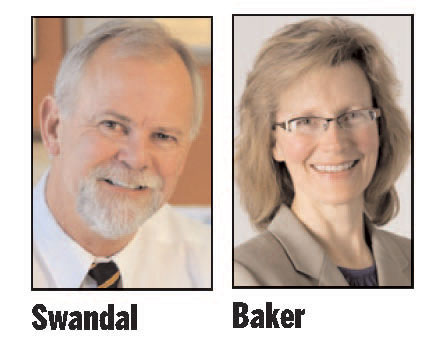 In March 2008, Judge Cybulski rejected Beach’s request for a hearing based on the testimony before the state parole board, including witnesses who said they heard two women talk about being involved in the killing. Judge Nels Swandal was assigned the case on April 2 after the Montana Supreme Court ordered Cybulski to appoint a new judge.

Although the Department of Justice refused to specify why,  the state asked that Swandal be removed from the case. As a result, District Judge E. Wayne Phillips of Lewistown will preside over the hearing scheduled in August of 2011.

It seems to be a somewhat logical conclusion that politics was at play here.  The conservative Nels Swandal was likely not the favored candidate of the Montana Department of Justice- a group of liberal lawyers.  Were they were afraid that the Beach case, which is sure to garner national attention, would provide publicity for Swandal and thus endanger their candidate, a Department of Justice/Helena insider?  Perhaps it simply suited Marc Racicot to have a friend on the Supreme Court?  I’d love to believe that Racicot’s endorsement was heartfelt and driven solely by belief that Baker is the best candidate for the job, but I’m not convinced.

For all of these years, Marc Racicot has maintained that Barry Beach was responsible for the death of Kim Nees.  I wonder how he is able to sleep at night although maybe, just MAYBE; he is convinced that his prosecution was fair, along with a host of other big decisions he made for our state that impact us to this day.  Had the internet been more prevalent during his tenure, I wonder if he would be remembered as Montana’s most popular governor or as a ruthless narcotics smuggler, Mr Deregulation, Enron lawyer/lobbyist, or the guy who stole Barry Beach’s entire life simply because he was overly ambitious and more concerned about his future than the truth.

From the Montanan online:

Racicot makes no apologies for deregulation or any other policy decision, although without giving specifics does admit “not everything I did was right.” He hopes his legacy is his approach, saying he will be remembered for “the character of my service and the civility of it.”