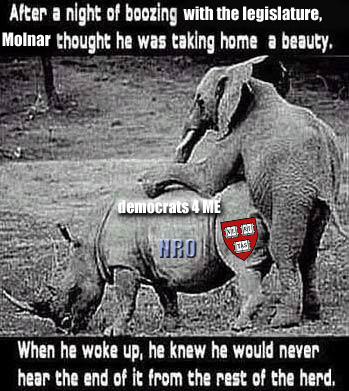 Did Molnar recruit a David Souter in newly-elected Travis Kavulla?

When Montana Public Services Commissioner Brad Molnar recruited the Harvard-educated  former associate editor of National Review Travis Kavulla to run against former state Sen. Don Ryan for the District 1 PSC position,  he likely had no idea what he was getting himself into.  Rumors have circulated since the November elections that 26-year-old Kavulla has been making deals with liberals and several weeks ago, he stated that he may not support Molnar, the senior Republican on the 5 member panel for the position of chair, citing Molnar’s involvement in an ongoing (and petty) ethics case. According to reporters John Adams of The Great Falls Tribune (story here) and Lee Newspapers’ Mike Dennison (story here),  Kavulla’s threat was apparently serious as he abstained from voting after Republican Bill Gallagher nominated Molnar for chair. As a result, the commission deadlocked at 2-2 with Democrats John Vincent of Gallatin Gateway and  Gail Gutsche of Missoula voting against Molnar.  Numerous further attempts to select a chair were unsuccessful.

Kavulla said he’d support Molnar only if he agreed to sign the Chairman’s Code of Conduct that Kavulla had conveniently prepared for him (which can be found here).  A heated confrontation ensued,which can be viewed here .   The video of the clash between the PSC veteran and the inexperienced freshman commissioner indicates that Kavulla was undoubtedly aware the exchange was being recorded while Molnar was either oblivious or tolerant of the capture.   Needless to say, Molnar refused to sign the document.  In response, he later presented reporters with this “Kavulla Karta“.

Voices of Montana‘s Aaron Flint interviewed Molnar after the incident.  The first part of which can be heard here, while the full interview can be heard on this morning’s Voices of Montana.  The PSC will try once again to elect a chair today.   While Brad Molnar is no stranger to controversy, I’m going to take his side on this one.  Kavulla’s “Chairman’s Code of Conduct” strikes me as rather patronizing and incredibly juvenile.  He may be more at home on an episode of Punk’d than in Montana’s PSC.

Meanwhile, the Montana legislature appears to be far friendlier; in fact, some are worrying that the two parties are getting along too well.  Judging from the Facebook walls of prominent political insiders, from Tea party leaders and former legislators to bloggers and legislative staffers, conservatives are clearly worried that the moderate Republican leadership in both houses will ignore the wishes of voters by compromising with Schweitzer and liberals in the legislature.

Did voters in November not make it clear that they were uninterested in negotiating with thieves?  What good is a majority when moderates repeatedly reach across the aisle? “Bipartisan” always seems to be code for surrendering your principles.  Don’t we remember what happens when we make deals with Democrats?  It seems that many Republicans are lacking the memory capabilities of their party mascot.

If the legislature’s opening day is any indication of the sort of session we can expect, we are in for one heck of a ride.