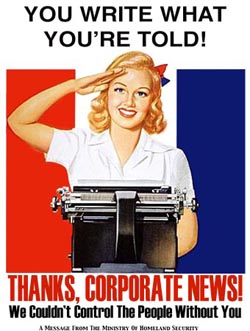 I found the Sidney Herald’s recent article about recent changes to laws governing Montana’s medical cannabis program factually inaccurate  and feel compelled to offer the following clarifications, which I also sent as a over-the-word-limit letter to the editor which we will never likely see in print:
1. Montana’s Constitution allows for a process in which voters may place an act of the Legislature on the ballot as a referendum if interested parties submit a petition that is signed by at least 5% of the registered voters in at least 34 House districts and by 5% of the voters statewide.  To actually overturn the offending act of the legislature prior to the next general election, signatures from 15% of 51 house districts must be obtained.  Otherwise, the law stays in effect until voters weigh in on the ballot.  Patients for Reform, Not Repeal will not be seeking signatures from an additional 5% of registered voters as the article suggested.

2.  Marijuana remains a  schedule I narcotic under federal law and cannot be legally dispensed by pharmacists.  Physicians cannot write a “prescription”, but can write a “recommendation”.  The statement by Sidney Health Center’s CEO about the hospital’s pharmacy having a policy of not carrying medical marijuana isn’t so much policy as it is law.  No pharmacies carry medical marijuana although a few receive it monthly to dispense to the limited number of patients enrolled in the federal government’s medical marijuana program.  `

3.  SB 423 limits a patient’s number of mature flowering plants to four while allowing twelve “seedlings”.  The ruling by Judge Reynolds did not overturn this provision.  I-148 allowed six plants/patient.  The new law differentiates between seedlings and mature plants using height, which is not at all indicative of maturity.  The article claimed that the plant limit provision was enjoined by Judge Reynolds.  This is not the case.
4.  The statement “Medical marijuana providers, under the ruling, can continue to operate under many of the rules approved by voters in 2004 until a full case can be heard.” isn’t true.  In fact, nearly all of the draconian provisions of SB 423 remain, with the exception of the following which were enjoined in a temporary injunction issued by Judge Reynolds: provisions barring advertising and sale of medicine by providers, provisions limiting patients to a maximum of three, provisions subjecting providers and patients to random searches by law enforcement and requiring physicians who recommend cannabis for 25 or more patients to be investigated by the state medical board at their own expense.
While much of the article involves some distant version of the truth, veracity shouldn’t have versions.  The media has a solemn responsibility to report facts and to accurately relay events as they happen, to do otherwise is to foster propaganda.
—
Nicole French
Eastern Zone Coordinator