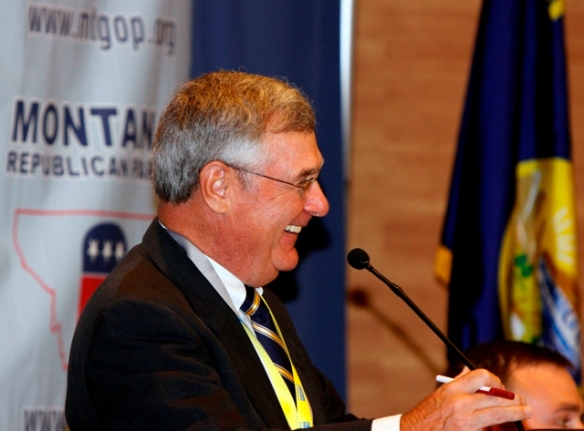 Rick Hill Fails to Rally the Base

Peaking at 78 folks, Rick Hill’s campaign Facebook group “A Lot of Folks for Rick Hill” has apparently folded only seven weeks after his announcement to run for Montana Governor in 2012, possibly due to a lack of folks. Lackluster support is proving to be a problem for the candidate who refers to himself as a “fixer” and “member of the Tea party before it even existed”.  Younger conservatives are distancing themselves from Hill at a rapid pace.

A closed group with the same name, created a month ago by Beth Yount Ries, remains.   She added another 24 people to the group, but only a handful of them are current members.  Notably absent are former members Rick Hill and GOP candidate for US Senate Steve Daines.

Rumors are plaguing the Rick Hill campaign, ranging from infidelity to scandals of Conrad Burns proportions and some hope he drops out of the campaign to avoid embarrassing reluctant  supporters.   Hill, a long-time lobbyist,  has also faced criticism from  Tea party leaders and members who don’t consider him conservative enough and don’t appreciate his comments implying he was endorsed by them.  Mark French,  former GOP candidate for Montana’s US House Representative harshly criticized Hill’s voting record on the blog PolyMontana.

Prior to Hill’s announcement, he confided in friends that many Democrats had encouraged him  to run for Governor because he was more moderate than the other candidates.  Democrat Dave Wanzenreid of Missoula apparently believes Hill isn’t moderate enough as he also recently filed to run for the position.  Term limits prevent current Montana Governor Brian Schweitzer from running for reelection.